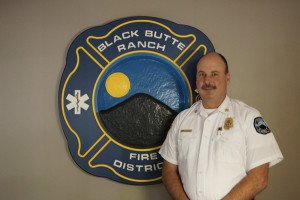 Chief Dan Tucker has been in the fire service for more than 29 years. He started with Black Butte Ranch RFPD as a resident volunteer in 1986, became a student firefighter in 1988. Chief Tucker was hired as a career captain in 1990 and promoted through the ranks until he became the Fire Chief in 2008.

Chief Tucker has an AAS Degree from Central Oregon Community College in Structural Fire Science and was a certified Paramedic for the State of Oregon (reverted back to an EMT Basic in 2011). He was raised in the Willamette Valley and in Central Oregon, graduating from Redmond High School in 1984.

Chief Tucker has been married for 24 years to his wife Beverly and has one teenage son, Dillon. 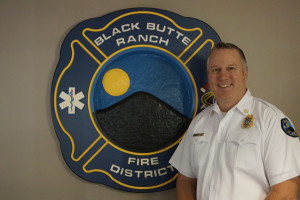 Deputy Chief Phillips holds a BS from Eastern Oregon University in Fire Service Administration and is certified as an EMT Paramedic with the State of Oregon. He is active with the Safety and Health Section of the Oregon Fire Chief’s Association, chairs the Oregon OSHA Fire Service Advisory Committee, and is a member of the Central Oregon Occupational Safety and Health Association planning committee.

Deputy Chief Phillips and his wife Barbara married in 1986 and have three adult children.